I must confess I have no idea what the blue animal on the left is. I  inked it in, looked at it…and died laughing. I was at my moms house having tea when I was doing the color, and I asked her what animal it looked like. She thought it looked most like a hippo. So I decided to make it blue and see if it would pass as a hippo. When I got home I posted it & minutes later I was called out by a coworker! I died laughing again. It would have been so easy to fix my “hippo”, but I gave him life. 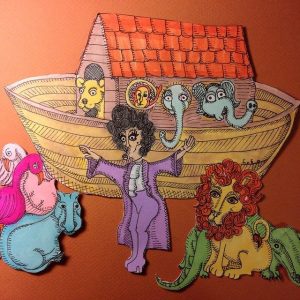 I did this in my book “Mama Wrex” as well. There was a horseshoe crab in one of illustrations and he just looked utterly drunk. I could have fixed him, sobered him up. Nope he made it to the cover of the book. You can buy the book at Barnes & Noble with my drunk crab drooling on the cover. 🙂 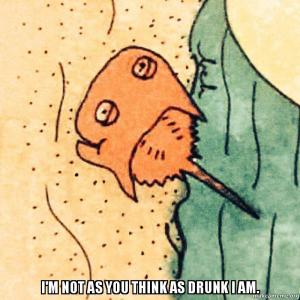 & then some animals are purposly made to look crazy….. 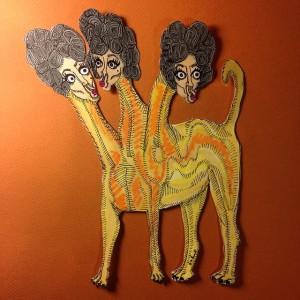 My father always say’s his favorite movie is Forest Gump, so this one is for my Dad! He thinks its hilarious that Forest is responsible for all the historical events in the movie. Great Movie! 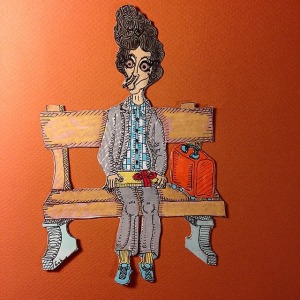 I love bees! I don’t know why, I always have. Sometimes I will find one trapped near the screen window, I will convince the bee to crawl on my finger or a piece of paper and set him free out the window. I have never been stung, and I am not afraid! Someday I would like to try my hand at bee keeping. I am pretty sure other people in the building I live in would appreciate me waiting until I have my own house. 🙂 Maybe I could just be like the chick from “Pushing Daisies” she had a crazy set up for her bee’s on the roof of her apartment. That was a good tv show, too bad it was cancelled! 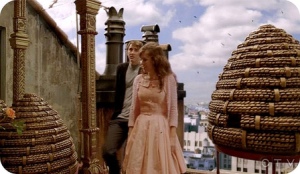 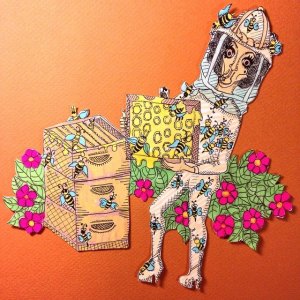 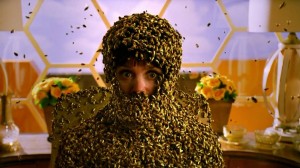 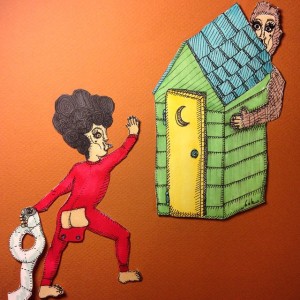 I used to work late nights at a CVS in Aiken, South Carolina. One night I looked up from the register and there was a man just standing waiting to get rung up. He had one singular roll of toilet paper in his hand and his wee wee was just pulled out of his zipper. I just rang him up and ignored him and his man parts. I will always wonder why, did he lose a bet. Maybe he had OCD and giving it the shake just wasn’t going to cut it. Or I was possibly just getting punked…all I know is he didn’t get any reaction out of me at all that night. I guess this is my delayed reaction. This is my nod to that dude…whatever his deal was. 🙂

And now some Wizard of Oz… this blog doesn’t have to make any sense at all…clearly! 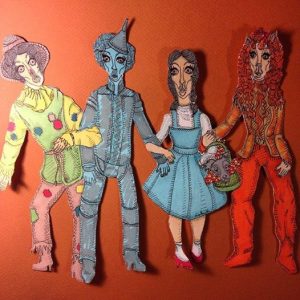 I really liked the way my Norman Rockwell Prince came out on Sunday, so I wanted to do another famous work of art today. So today I did my version of Klimt’s “The Kiss”. Its fun studying the artwork while working on a piece there are a lot of details you miss and do not appreciate. I love the hands in this painting…thats what captures the love for me!

So here is my version with Prince & also Klimts! 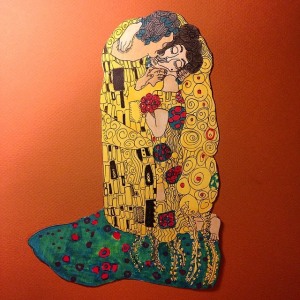 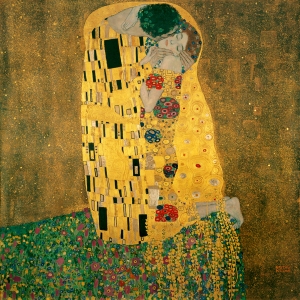 also yesterday I did a Harry Potter Quidditch Prince. 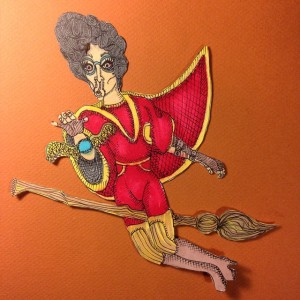 I finally setup a dedicated website for the Prince project, it can be viewed www.365daysofprince.com. The website is still at a pretty rinky dink stage, but I will mess with the new website later this week and get it looking in top shape. I will be forming phase two of 365 days of Prince (the secret phase to be revealed at a later date) for the next couple of months! 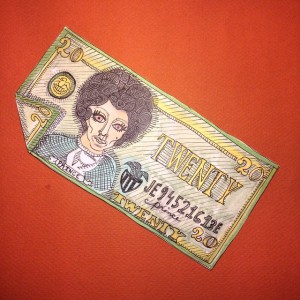 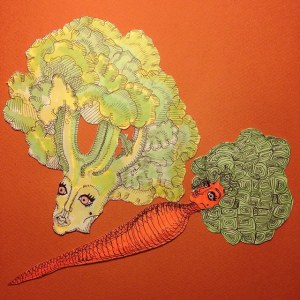 I posted a hipster version of prince and literally the second my finger came off the post button my phone went bing bing bing ! Most liked Prince illustration so far! So I created a second hipster for you all, and I would like to say thank you!!!

Sometimes I think I really want to be a hipster… but I’m totally doing it all wrong all day. Also besides listening to Prince, my taste in music is pretty bad. As for my style random would be a good descriptive word… I have some vintage cat eyes that I rock, moccasins, Dr. Martins, leggings in the winter, and fit and flare dresses the second the weather gets warmer. Ive been known to wear a little plaid from time to time but hipster I’m not. Style confused maybe! ha ha 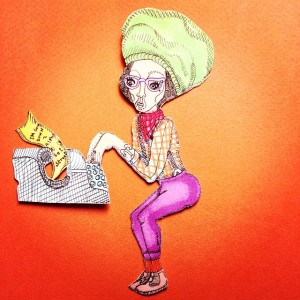 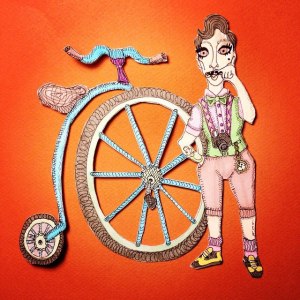 First Day of 2015,its a beautiful day! Most of my New Years resolutions are art related and this year will be a little more of the same! This year I will push harder with my art than ever before! I want to do another book,an art show, and maybe a new web comic! What is your resolution? I went out with my awesome friends last night. We ate pizza and had some wine. Then we went out for a couple drinks at Stable in Providence, RI! I had a great night! For the record I am not hungover even a little bit! My Poor Prince illustration… I hope that aspirin works out for him! Happy 2015 !!! 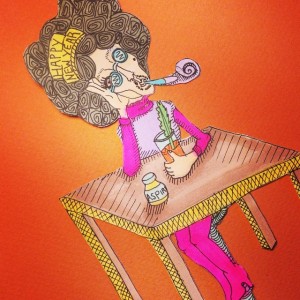 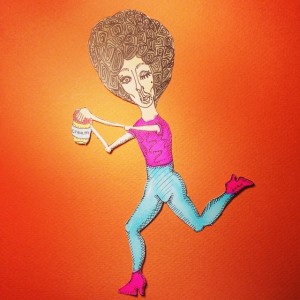 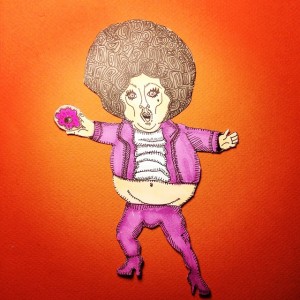 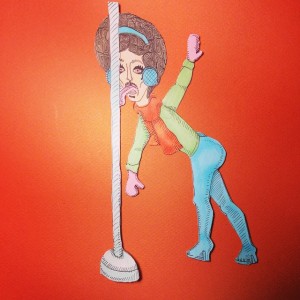 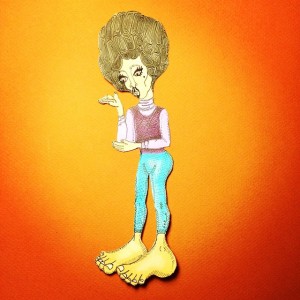 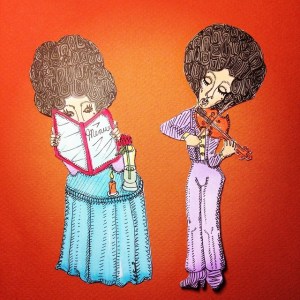 Its been nice to have a couple days off, I’m back to work on Monday!!! I have been using the time to organize my living space. When you live in a loft all you ever do is move things from one space to another. It just never looks organized! I’m a virgo, thats simply not going to work. Virgo’s are born to clean and put things away…little piles of things with no home are our kryptonite! We purchased some anti mess devices, and we will put them together today! So excited! Never been so excited to put panties into cubes until today! 🙂